Today marks the release of Shades of Grey, a musical tribute to LIFE lived to the fullest. Any work of art reflects the deepest soul of the artist, and this rings true for SoCal’s up-and-coming singer/songwriter Tini Grey. You can read a great review of the album here: Tini Grey – Positive Vibrations 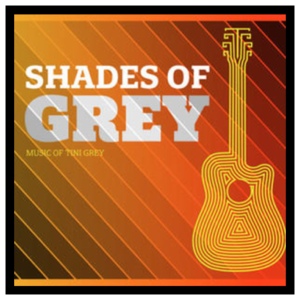 While I haven’t known Tini for very long, I have come to admire him and his wife, Angela Baraquio Grey, simply because as a couple they make an amazing team on so many levels. As faithful and devoted spouses, they show incredible love and support for one another and their work.  Angie is Tini’s biggest promoter, rooting him on in every step of his professional career. In his first music video, “Company”, Tini features a beautiful pregnant Angie who he completely adores with all his heart.  And as parents of three little boys and a baby girl due in December, they also take special care to give their children the time and attention they need as they direct them in the ways of the Lord.

My family and I were blessed to be part of the music video shoot and to get to know Tini and Angie a bit behind the scenes. As Gary drove Tini home, they talked church, family, and music. My husband was impressed not only by his talent, but also by Tini’s humility and genuine sincerity. It isn’t often that one so gifted would carry within him a gratitude that spills into his work…to where the work is a gift back to the Father who had blessed him so abundantly in the first place. 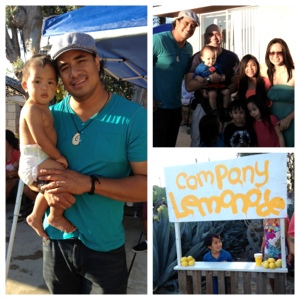 During the filming of the pool scene, I chatted with Angie about mutual friends and us both being Catholic school teachers. I so deeply appreciated the new friendship with this amazing woman I have looked up to from afar for the past two years. Being Miss America allowed Angie to travel the country as a spokesperson for meaningful causes, such as character education in schools and pro-life issues. She has witnessed to the reality of suffering and loss, only to bring it back to the importance of faith in God and the value of every human person. 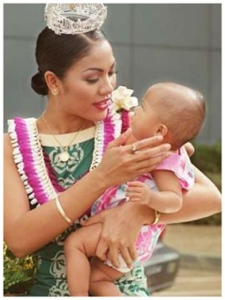 I think the best thing about Tini and Angie is that they really do live what they believe in. They treasure their marriage, their family, and the life and dignity of their unborn child – and you can see all of that celebrated in the “Company” video. Just being there, we could clearly see that this is who they are. There is no act…no facade…no false image of a Tini and Angela Grey that was fabricated by a publicist. What you see comes straight from the heart.

A nice bonus connection was made when my brother Albert immediately befriended Tini’s sister Sisa, who is also an actress and one of the most godly women I have ever met. They already made plans for collaboration projects in the near future, and we’re so excited to see what fruits will come from their work! 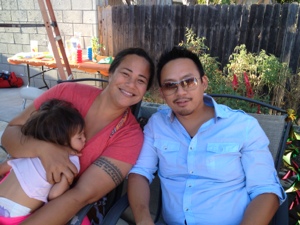 When we dropped off Leilani and JJ after the shoot that evening, my sister Roselynn told me that Angie’s brother Albert (who she talks about in her Whole Life video below) and our brother Albert were born on the same year. This really touched us because we couldn’t imagine tragically losing someone so dear to us and still finding the strength to go on with life. But it was just one of those “coincidences” that proved to be a common thread weaving our families together somehow.

That day was “made in the Heavens”, as they say, because we were all truly refreshed and encouraged by the strong Aloha spirit shared by their ohana. We are so thankful to know Tini and Angie and their family because it is through their joyful example that we are reminded of God’s goodness in our own lives.

May our loving God bless you, Tini, Angie, Sisa, and the entire Baraquio-Grey families.  Your presence is so precious in this world…